Can we save Canada’s wilderness from human exploitation? [w/video] 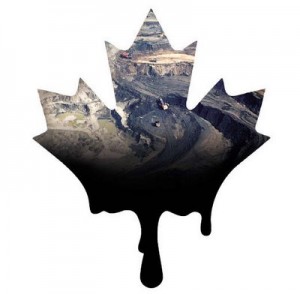 Canada’s hidden natural treasures are under threat. Tar sands developments in the Alberta region are already causing a devastating impact on the local environment, which many of us will have already witnessed through dramatic pictures of barren landscapes and polluted waters. And if the proposed, infamous Keystone XL project weren’t enough (a 1897km long pipeline to transport tar sands bitumen to Nebraska through sensitive natural areas), more trouble is always around the corner.

Major mining projects could for ever change the face of the beautiful, pristine environment of the Sacred Headwaters region of British Columbia, as the local government has opened the region to industrial development. Mining corporation Imperial Metals proposes an open-pit copper and gold mine, called the Red Chris mine, which would see toxic waste being dumped in existing lakes, while Royal Dutch Shell wanted to extract coal bed methane gas across a tenure of close to a million acres (over 4,000 square kilometres), but has since agreed to abandon its plans following protests, thus settling for other, less sensitive areas of British Columbia. Coal mining proposals are also an ever growing concern.

The Sacred Headwaters is the shared birthplace of three of British Columbia’s most important wild salmon rivers: the Skeena, the Nass and the Stikine. This remote alpine basin in northern British Columbia is home to grizzly bears, wolves, moose, caribou, mountain sheep and other mammals that are part of the Spatsizi ecosystem, one of the largest intact predator-prey systems anywhere in North America. It is also home to the Tahltan First Nations, whose people have hunted and trapped in the Sacred Headwaters for millennia (you can read more about this on Sierra Club’s website and on www.sacredheadwaters.com).

In the video below from 2012 TED Talks in California, National Geographic’s explorer Wade Davis asks a tough question: “How can we balance society’s need for fuels with the urge to protect such glorious wilderness?”. His efforts greatly helped convincing Shell to give up its rights to shale gas in the Sacred Headwaters. The battle to preserve such regions from human exploitation, though, has only just begun.

This entry was posted in Environment, Fossil Energy, Photography, Water. Bookmark the permalink.