Any EV enthusiast knows that Norway is a country of early adopters, so much so that it actually keeps breaking records. Thanks to a generous incentive regime, something like half of all new car sales in the Scandinavian country are electric cars, a feat that no other country in the world is yet getting even close to.

It won’t surprise then if many interesting news in the EV sector often come from Norway. The Norwegian EV Association, Norsk elbilforening, recently conducted a thorough, 2-day and 700 km winter test of five electric cars – Nissan Leaf, VW e-Golf, Hyundai Ioniq Electric, Opel Ampera-e (Chevrolet Bolt), and the BMW i3 – putting them through harsh weather conditions and drawing some interesting, as well as surprising, results. 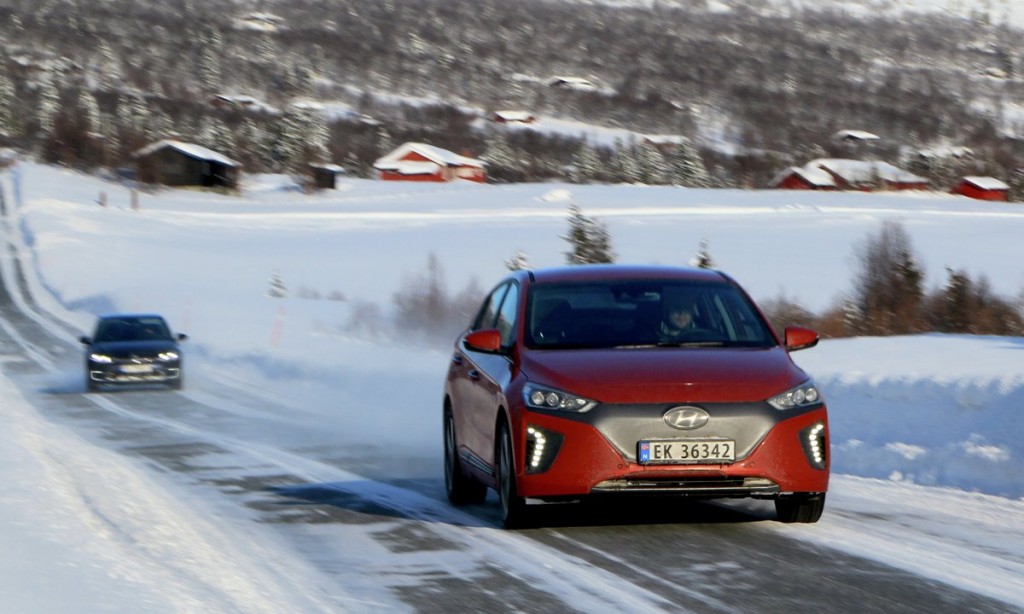 The main focus of the test revolved around battery performance. This means the crew tested how cold temperatures and the type of road would affect range, but also the speed of charging at public charging stations and the general level of battery management during the test. The test was particularly thorough and it’s explained widely in a long blog post available on their website, definitely worth a read.

The biggest electric car test in winter wonderland ever

What were the main takeaways from the test? While the range contest was easily won by the Ampera-e (the only model with a sizeable 60 kWh battery), it was the Hyundai Ioniq Electric that won the top rank in terms of efficiency. At only 28 kWh, the four-door saloon still managed to achieve virtually the same range (about 190 km) as the better equipped e-Golf or new Nissan Leaf. The Ioniq’s supremacy was then compounded by another best result: its charging speed, which proved consistently better than all four rivals at 45 kW averaged over the various recharging sessions, with a max charge rate of 70 kW.

Least efficient cars were the Opel Ampera-e (perhaps unsurprisingly given the bigger and heavier battery) and the new Nissan Leaf, a rather unflattering result for a car backed by Nissan’s decade-long experience in the field. Among the possible causes for this, they cite the inefficient battery thermal management, a known issue for the first Leaf model which seems yet to be solved in this second version. The Ampera-e suffered also in terms of average charging speed (another surprise), at only 25 kW.

The Norwegian testers were adamant in that no car “won” their test outright, but rather by scoring better as a whole. As the driving needs vary, drivers may in fact prefer one model or the other. As they put it:

So, if we were to name an overall champion during these two days, all in all, it would be the IONIQ. It illustrates the fact that a bigger battery pack is not always equal to best. [...] When it comes to handling the Volkswagen e-Golf excels in all areas, while the LEAF in our opinion delivers the best compromise. [...] The IONIQ also fast charges significantly faster than the other four. [...] The general refrain within the test team was that «none of the cars is best for all». It is all about use pattern. Or taste and comfort. [...] In short: It is nice to drive a BEV that can handle the road trip without stopovers. But if you need to fast charge underway, it is a massive advantage if the charging session actually is nimble. 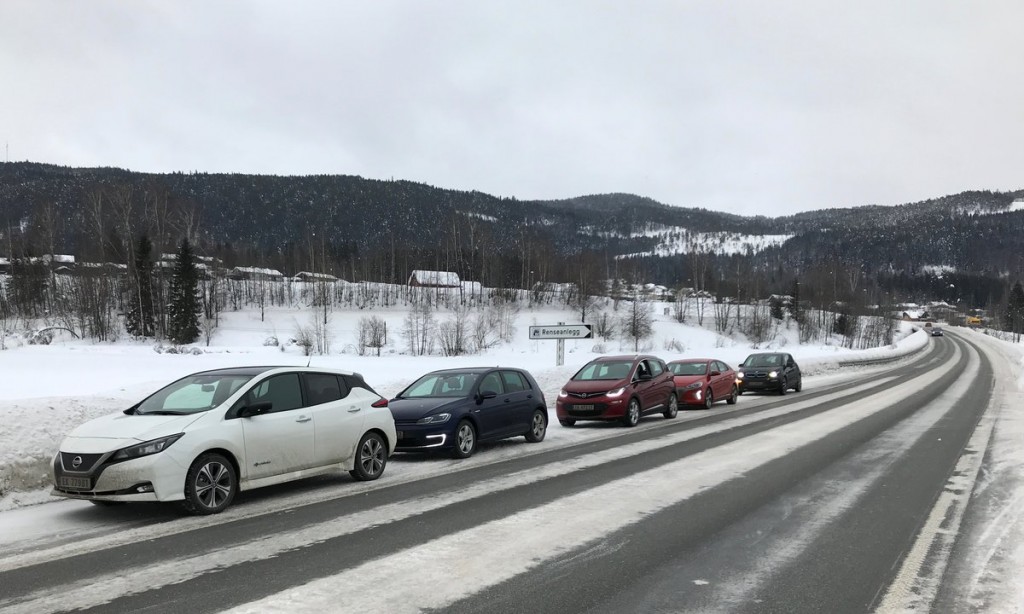 This is the first of many EV tests to come, as production electric cars finally come to the market in droves after years of development (see my article on Geneva’s Motor Show). A trend is already starting to emerge and it is sure to be tested again soon: Hyundai has caught up with EV technology in style and, with the Ioniq electric and soon the Hyundai Kona Electric and Kia Nero EV, is starting to offer compelling options in terms of range, charging speed and costs. Nissan with its Leaf 2.0 and GM with the Opel Ampera-e / Chevy Bolt do benefit from years of hard work in EV technology but are now pressured by competitors to re-focus their early efforts, improve and increase their offer to avoid wasting their early advantage. German car makers are also around the corner with exciting new models coming later this year. The race has just begun.

This entry was posted in Clean Energy, Green Cars. Bookmark the permalink.