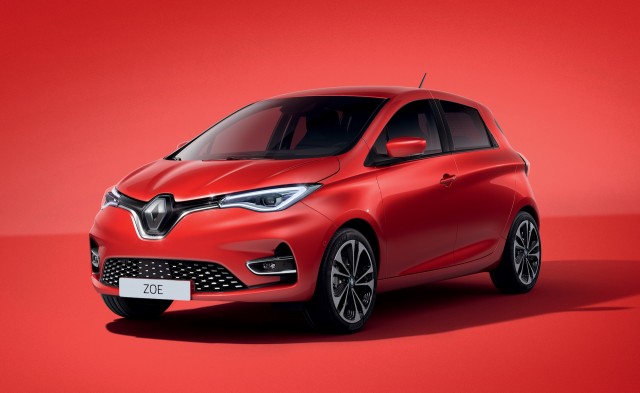 Italy’s car market is back in full swing after a horrible Spring and a progressive recovery from early Summer. Official August market figures are out and offer a very upbeat picture. A market improvement was broadly anticipated, as this month marks the introduction of new incentives aimed at electric mobility and low emission ICE vehicles. What remained to be seen was which powertrains would benefit the most from the new policy.

August is traditionally the slowest month of the year for the Italian car market, as many people are on holiday and defer purchases to September. Nonetheless, this year it is perhaps the most interesting month to date, with the new and in part controversial incentive scheme entering into effect from 1st August. The results of which are already clear to see: Unrae data shows 89,222 cars were registered, at the same level as last year’s figures for this month (89,711 units), thus closing the consistent year-over-year (YoY) gap that characterised the past few monthly stats. And if the total sales bode well for the much hoped recovery of the car market, the devil is in the detail.

Traditional powertrain registrations account for about 72% of all car sales (evenly split between petrol and diesel), which is down from 82% twelve months ago. Petrol cars are suffering more than diesel, but that is certainly due to the ongoing electrification effort by legacy automakers, which is mainly aimed at this type of fuel. Traditional hybrids in fact now account for a whole 15% of monthly registrations, up from 4.6% last year, as mild hybrid technology goes mainstream.

It’s plug-in cars however that we’re most interested in, and the numbers don’t disappoint. 1877 full electric cars were registered this month, more than tripling (!) the 537 units sold in August 2019 and bringing BEV share of the market to 2.1%. Plug-in hybrids also faired truly well with the start of new incentives, scoring 1598 registrations up from just 307 units twelve months ago, over five times as many! PHEV share now stands at 1.8%. This gives plug-in cars an overall share of 3.9%, four times the meager 0.9% combined rate from only a year ago. Is this the new normal, or perhaps even the new minimum?

Digging deeper into BEV numbers, the Top 10 monthly chart confirms the ongoing success of this year’s best sellers, with no surprises.

Renault Zoe extends its lead for the year and gains yet another monthly top spot with an incredible 506 units, best result since its recent May record (529 units). VW e-up! follows in second place with a wide gap at 201 registrations, quite possibly one of the last few months we will see the German mini e-car selling in high numbers (recent news from VW confirmed current, limited production is sold out for the year, along with that of its Seat and Skoda siblings, which are seemingly being discontinued). Not far behind at 189 units follows Tesla Model 3, which takes third place ahead of what will likely be a bumper September – end of quarter and with the helping hand of higher incentives.

Just below the podium, Hyundai Kona EV follows at 174 units, ahead of Corsa-e (162) and Smart ForTwo (158). Lower, two-digit figures complete the chart with Peugeot 208, Nissan Leaf, Mini Cooper SE and the eternal VW e-Golf, possibly making its last appearance before the all-important VW ID.3 lands across all of Europe and storms the markets in September. This may well have been the last month filled from top to bottom with staple EV entries. A major reshuffle can be expected going into Autumn, as electric mobility leaps forward with new, high-volume game-changers by the likes of VW Group and Fiat.

Italy’s car market has reacted quite positively to the new stimulus set by the government to re-ignite the car industry. And while some money is also allocated to low emission ICE vehicles, electrified cars are the clear winners. New and compelling full electric models can’t come soon enough. VW ID.3 and Fiat 500e are about to land and look set to drive the EV market in a whole new direction. That’s just the start.