Italy’s solar market booms beyond all predictions: 6 GWs in 2010 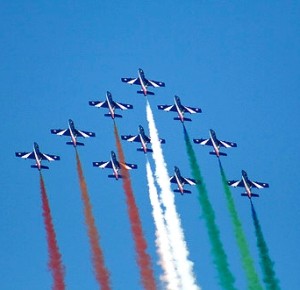 Just a few days ago I was about to start an article on the fast-rising pace of the Italian solar market, based on the available data from GSE (the Italian Government’s Energy Agency). I was to comment on what I thought would be a banner year, with total installations for almost 3,000 MWs, over four times the previous year’s levels (718 MWs in 2009), with a total installed capacity now touching 4,000 MWs. My figures were wrong.

The Gestore Servizi Energetici (GSE) has now issued an updated press release with their latest forecasts on photovoltaic power installed capacity in Italy at end of 2010. It is now anticipated that cumulative installed capacity should be around 3,000 MWs with over 150,000 plants producing electricity throughout the country. This would mean an increase of 1.850 MWs for 2010, or 160% more than 2009. There is a catch though: given the skyrocketing demand for grid connection of new PV plants, the Italian government decided last year to warrant 2010-level incentives to all PV plants built within 2010, but not yet connected (such is the backlog of requests to the national grid), with a connection deadline of 30 June 2011. Well, on this side GSE received requests for additional 55,000 PV plants totalling an astonishing further 4,000 MWs. This means that total capacity at end of 2010 is around 7,000 MWs, up from just 1142 MWs twelve months before.

These are striking results, highlighting two important facts: 1) solar PV power, if anyone hadn’t noticed before, is the quickest source of energy to install at industrial scale, given its simple design, modularity and scalability; 2) the incentive schemes have to be carefully planned and frequently reviewed based on global market dynamics, and it’s clear now that Feed-in Tariffs can and should be reviewed downwards much quicker than previously envisaged. Solar power is becoming cheaper and cheaper, outpacing any conservative prediction.

What’s the latest updates then for the global PV market? The World’s five main markets in 2010 were Germany, Italy, Czech Republic, USA and Japan, with Germany leading with over 6.5 GWs installed in 2010, Italy now closing in at 6 GWs, “shooting star” Czech Republic at 1.5 GWs, US and Japan lagging behind at around 1 GW each (all figures are rough estimates to be confirmed). China and other Asian countries are entering the market now and will soon prove more important in the global arena. The once mighty Spanish market is now dead after a terrible mismanagement of the incentives scheme, which lead first to capping and then to retroactive measures that have mined Spain’s credibility in all investment sectors. Is this something we should be worried about for Italy, Germany and in general for all renewable energy markets? If a lesson is to be learnt, it is that what Spain (or Czech Republic) did must not be replicated. Capping the market leads to uncertain dynamics as it risks to stall the industry for many months a year, but even worse is putting in place retroactive measures, which inevitably lead to mistrust in all investment sectors for the affected country (we already know we can’t rely on banks, but what if we can’t trust the Government either?).

There is one obvious way forwards: trimming down incentives, as it’s meant to be. The very scope of Feed-in Tariffs is to stimulate a promising market in its infancy till it becomes self-sustaining. Germany has always moved in this direction and recently planned substantial reductions for mid 2011. We can imagine similar moves might be put in place soon by Italy’s GSE, even though the new Conto Energia (the scheme’s name) is now fully set and operative since January 1st. The PV industry might decide to proactively negotiate with Italian authorities in order to change tariffs starting next year or before, so as to maintain investments stability in the short term while readying a revised plan for years to come. If no steps are taken, the current market conditions will lead in my opinion to something like 10,000 MWs installed this year alone, and more next year.

One thing is certain, the solar industry is making a dent in the Italian energy market, triggering investments, jobs creation and tax revenue to the country (which substantially reduce the actual burden of incentives for the Government’s finances). It has grown to such levels that panels production plants are being built and planned by the likes of ENEL and Sharp. This is real business that cannot be wiped off with last minute thinking. On top of this, the renewable energy industry is quickly helping displacing the need for fossil fuels. Italy’s been named many times recently for being ar risk of not achieving its EU 2020 commitments. Chances are the path taken is a much more virtuous one than what conservatively stated before: the 8 GW 2020 target for solar power will be reached within this Spring, ten years in advance. A new target will now have to be devised (30-50 GWs?).

Going beyond financial thinking, we can now also assess the impact of solar energy to Italy’s electricity production. 7 GWs of PV power will yield well over 8 TWh of electricity per year, almost 2.5% of the nation’s electricity consumption, while still covering a microscopic share of the country’s land (most of which being roofs). Three years ago Italy’s solar installations had virtually zero impact, with 42 GWh produced in 2007. Moreover, it is worth noting that the 6 GWs installed in 2010 alone will produce about the same amount of electricity as a 1 GW nuclear power plant: it took 12 months for planning approval, construction and grid connection of thousands of distributed systems. Nuclear plants are a different matter: the complex design, the H&S and environmental concerns, and a very slow construction pace mean that such power plants take 7-10 years or more from the moment a decision is taken to the moment the power switch is turned on. Something we cannot plan on, as Italy itself is finding out while reviewing plans for future nuclear installations (in 2025 maybe?). On top of this, the price tag for a nuclear plant is most uncertain. Food for thought.

One Response to Italy’s solar market booms beyond all predictions: 6 GWs in 2010