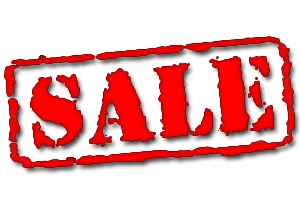 As more reliable data are released over last year’s photovoltaics installations figures, the picture of solar market’s growth is getting clearer. The latest information gathered from the World’s top markets have been summarised by EPIA (the European Photovoltaic Industry Association) in their recent publication, “Global Market Outlook for Photovoltaics Until 2015“. By all means, 2010 will be remembered as a triumphal period for the progress of solar power in the energy sector. Which countries led to such results, and is this exponential growth set to continue?

Official figures put Germany, so far the World’s largest PV market, at around 7.4 GWs of newly installed PV capacity in 2010. Italy stands second at 2.3 GWs of “connected” capacity, while last year’s other major players were Czech Republic at 1.5 GWs, Japan (1.0 GW), US (0.9 GWs) and France (0.7 GWs). These countries, along with several minor but growing markets, summed up – EPIA say – to reach a World figure of 17.7 GWs installed in 2010, 13.3 GWs of which in Europe alone. Such numbers mean that the World’s cumulative capacity now stands at over 39 GWs, up from 22 GWs just a year before. Impressive numbers for sure: reading the fine print though, clues can be gathered that suggest last year’s installations are nonetheless still underestimated.

While overall national figures are correct, data coming from Italy have been subject to great uncertainty. Official statistics released by Italy’s Energy Agency GSE, provide a better insight into what has been an unforeseen boom in the PV industry last year. GSE confirmed indeed that 2.300 MWs were installed and connected during 2010 (totalling 3470 MWs of cumulutated capacity, up from 1144 MWs just a year before). But this is not the end of the news: due to a Decree allowing late installations to receive 2010′s incentives even if connected at a later stage (by first half of 2011), nearly 4,000 more MWs were actually built last year, awaiting connection. This confirms (as I wrote in an earlier article) that around 6 GWs of new capacity were installed in Italy alone in 2010, a staggering eight-fold increase to 2009′s installations figure of 718 MWs. As a matter of fact, Italy’s PV connected capacity stands now at around 6,000 MWs as I write (from GSE’s website), a number growing by the day and poised to soon top 7 GWs, despite a current standstill in real 2011 installations triggered by recent legislative uncertainty (as I explained in a previous post).

What does this mean in global terms? With the latest numbers confirmed by GSE we can now estimate that the PV World market actually topped 21 GWs in 2010, three times as much as 2009 figures (7.2 GWs). It is worth noting that Germany and Italy accounted for two thirds of that, making the industry heavily dependent on energy policies by these two countries. Sleeping giants like the US and China, with 900 MWs and 500 MWs respectively, still account for less than 10% of the global market. In a surge that would have been deemed impossible just two years ago, cumulative PV capacity worldwide has doubled in just one year, from 22 GWs at the end of 2009 to about 43 GWs twelve months later. It is worth noting that, as a consequence, whilst solar power still contributes with a very low share to worldwide electricity consumption, it is now quickly making a dent in the energy sector and eroding market share to the detriment of traditional energy sources, particularly in its top markets. In Europe, gas plants lead the way with 28 GWs of installed capacity in 2010, followed by PV with a (revised) estimate of over 17 GWs, and wind with 10 GWs (this sector experienced a short phase of decline after several years of unstopped boom).

What’s in the pipeline then for 2011? the PV market is now in a tricky situation. Not only have generous incentives inflated last year’s World market to unforeseeable levels, requiring an exponential growth in production capacity from the industry of solar panels and inverters. The legislative over-reaction by most European governments which led to deep incentive cuts and severe limitations to large scale PV projects now means that key countries like Germany, Italy and Czech Republic will hardly see the same level of installations this year: the first two could fall back to around 5 and 2 GWs respectively, while Czech Republic is expected to fall to an almost complete standstill. This means a potential gap of 8 GWs from three countries alone.

Will other growing markets be able to fill that gap? Hardly so. US, Japan and China are now in the spotlight, ready to quickly increase their share of the solar market: but even if each of those national markets doubled this year, they would “merely” contribute with some 2.5 GWs in total. More countries are in line, but their market share or projected growth are such that nothing can help the fall of this year’s market, with stabilisation and growth to be seen not before 2012. Most market research firms won’t amend their 2010 stats, and will probably add Italy’s late 2010 installations on to 2011 figures, therefore showing a distorted, stable or even slightly growing PV global market this year compared to 2010 (as an example, refer to IMS PV forecasts). But this won’t change the fact that the solar industry (selling modules, inverters, etc.) will in reality suffer a recession in 2011, whose consequences are easy to predict: inventories piling up, prices falling, and a global PV industry consolidation. In fact, it’s already happening.

2012 and the following years will offer a much better scenario, with solid worldwide growth finally not reliant on single nations’ policies, but on a growing surge of mature markets favoured by stable, low-incentive policies and ever cheaper solar energy.