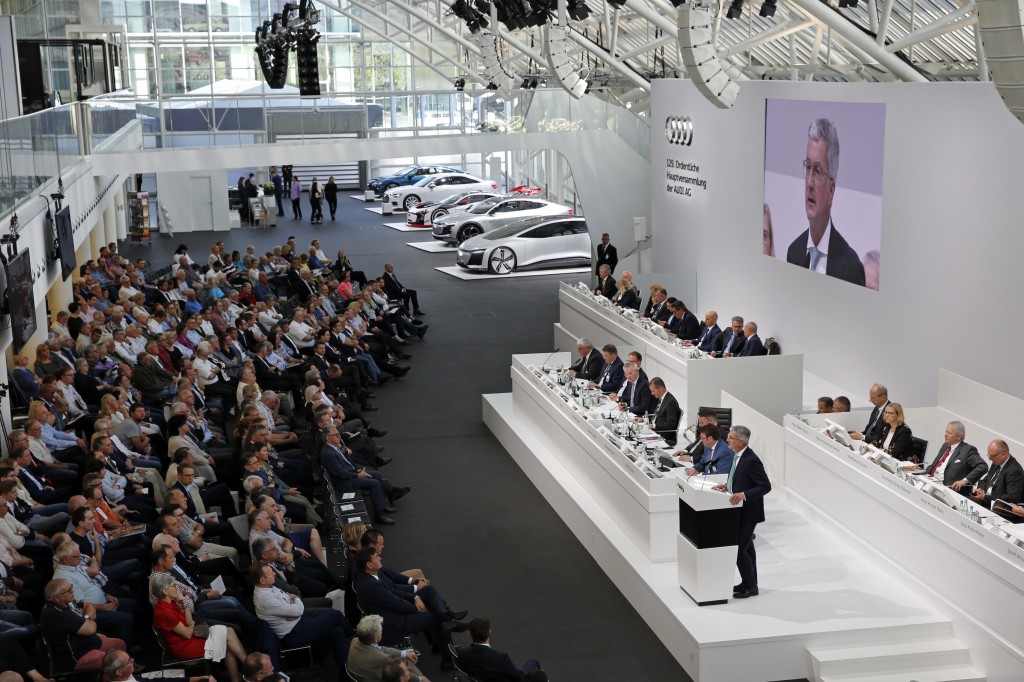 Audi Group held their annual general meeting this week on Wednesday. As expected, the company provided news on their long-term plan for cars’ electrification. It was an interesting update and a significant one: four new full electric production models will be introduced by 2020, plus a fully autonomous EV in 2021 (based on the Audi Aicon concept). This is one of the most aggressive timelines among major automakers, along with those of Audi’s sibling VW. More than 20 “electrified” Audi models will be available on the market by 2025.

A number of details stand out in Audi’s latest announcements. The next couple of years will see a rapid succession of EVs that will surely draw much attention and stir EV growth and momentum globally. The Audi e-tron SUV (its production version is due for unveil this coming August) will be followed next year by the e-tron Sportback, and by two additional EV models in 2020: the e-tron GT – a coupé announced in March – and a yet undisclosed premium compact model. The latter might end up being the most interesting model by far in terms of global EV market penetration for Audi, as smaller cars such as hatchbacks are popular globally and satisfy a broad variety of customers. We should expect further updates from Audi on this side fairly soon. 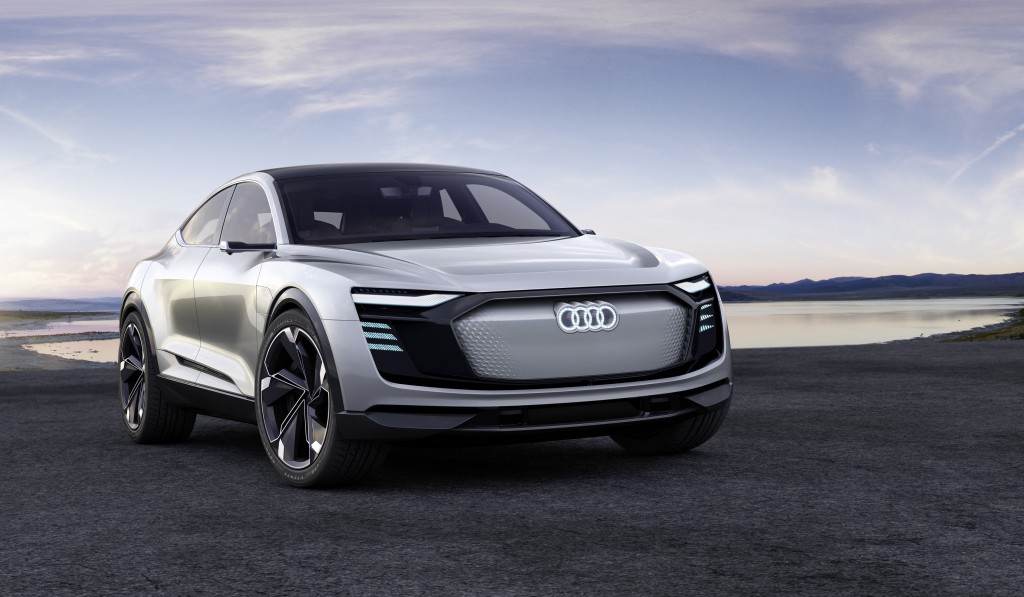 The Dieselgate-ridden premium automaker is now adamant about its ambitions of leadership in the field. From Audi’s press release:

Audi aims to sell approximately 800,000 fully electric cars and plug-in hybrids in the year 2025. At this Wednesday’s Annual General Meeting of AUDI AG, the Board of Management presents the updated “Audi.Vorsprung.2025.” strategy. To enable about every third customer to decide in favor of an e-model by the middle of the next decade, there is to be an electrified variant in each model series by then – most of them are to be fully electric, with a smaller proportion as plug-in hybrids. [...]

“Our ambition has always been and will continue to be Vorsprung durch Technik,” says Rupert Stadler, Chairman of the Board of Management of AUDI AG. “Our goal is to revolutionize mobility. Also in electric mobility, we want to become the Number 1 among the premium manufacturers – with full suitability for everyday use, no compromises, top quality and driving pleasure for the customer. With our technological excellence, we are utilizing our Vorsprung and lifting electric mobility to the next level.” [...]

The product fireworks include more than 20 electrified models in rapid succession until 2025. In 2019, the Audi e-tron Sportback will be the second fully electric car to be launched, followed by the Audi e-tron GT from Audi Sport in 2020. Audi will also offer an electric model in the premium compact segment in 2020.

While this week’s news from Audi represent significant progress, a rather underwhelming detail is their projected sales. The German brand aims at producing around 800,000 “electrified” cars by 2025, including hybrids of all sorts (from mild to plug-ins) and proper EVs. This, in their vision, means one in three Audi customers would choose an electrified vehicle, although not necessarily a full EV. While it looks like a substantial number, it does lend itself to less than flattering comparisons.

For starters, Audi seems to imply that it plans to reach annual production of around 2.4 million cars by 2025 (from over 1.8 million today). Of these, only a third would be electrified in any way, possibly leading to about half a million of pure EV sales under its brand or about 20% of the total. Some may think this is aggressive enough, but with two thirds of Audi sales still anticipated to be conventional cars at 2025, the company’s strategy seems to not fully consider the ongoing EV market dynamics and customer readyness for electric vehicles.

As anticipated in a separate article and S3XY chart, Tesla is set for exponential growth with the mass market production of Model 3 (already in progress) and Model Y (starting in a couple of years). With these two models and new, yet to be announced factories around the world (most likely in China, US as well as Europe), the Silicon Valley company is likely to reach the milestone production of about 1 million cars per year by 2022, all the while maintaining or increasing its leading edge, particularly in terms of battery and autonomous driving technologies. Maturity of models’ production and ramp up of new factories in all continents could lead to a doubling up to 2 million cars per year around 2024.

As Tesla breaks out of its original niche, competing premium car makers such as Audi, Mercedes and even first mover BMW will soon have to up their game, or they may quickly find themselves outpaced by Tesla in both sales and technology despite their best efforts. 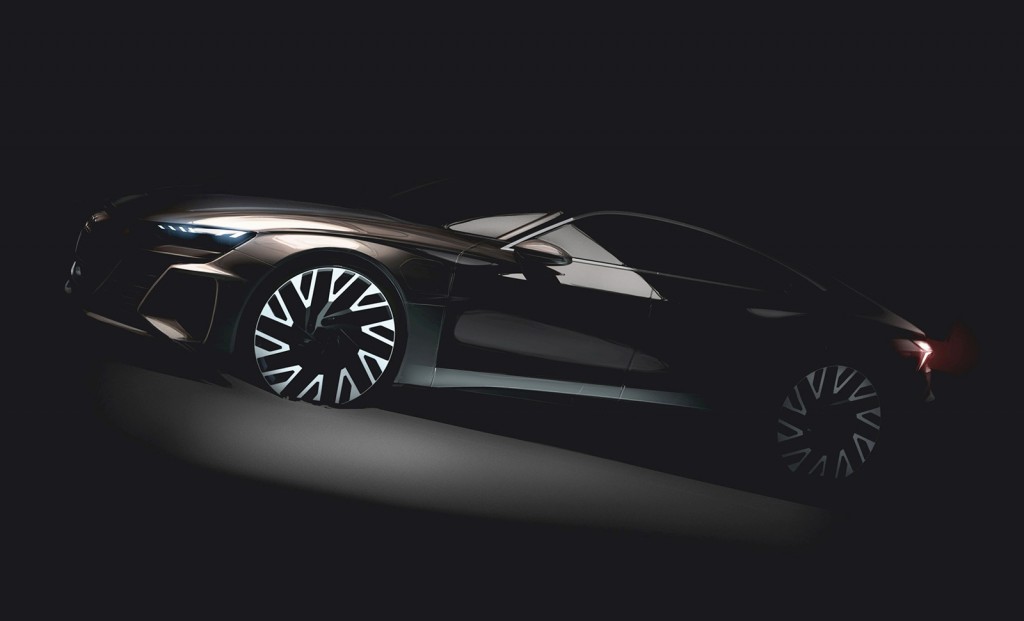