BMW’s iX3 and electrification strategy: too little too late? 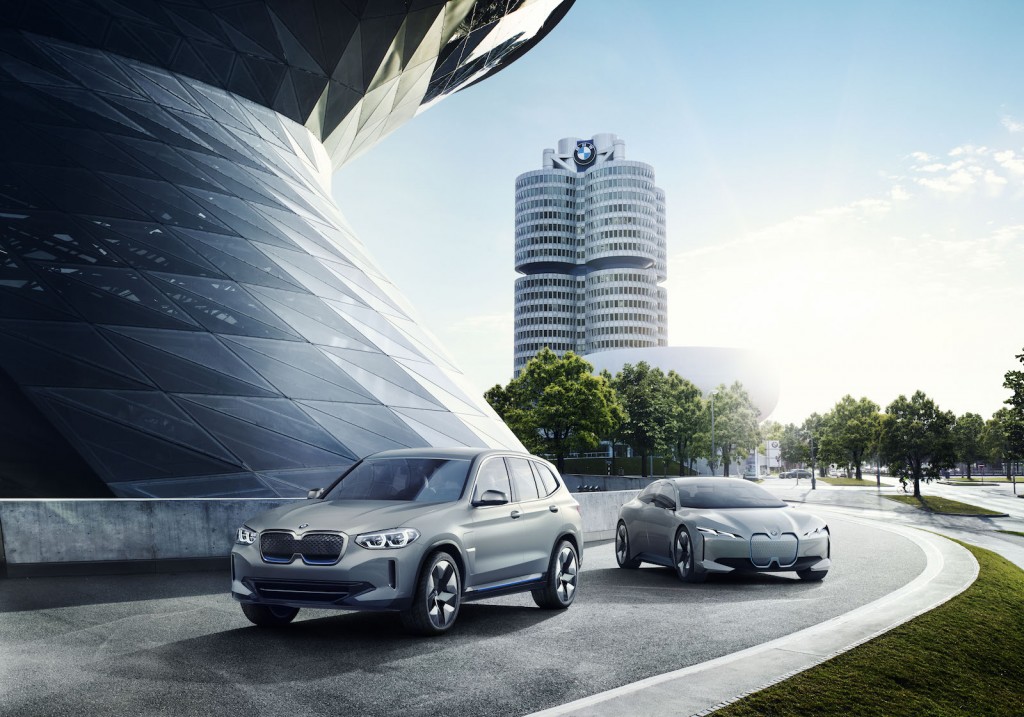 The BMW iX3 electric concept car was finally unveiled at the Beijing Motor Show (Auto China 2018) last week. The long touted prototype of BMW’s first electric SUV – derived entirely from the conventional X3 model and expected for sale in 2020 – was accompanied at the show by the BMW i Vision Dynamics four door concept, previously unveiled at the 2017 Frankfurt Motor Show and precursor of BMW’s future mid-size electric saloon (a Tesla Model 3 competitor).

The German automaker chose the ever more important Chinese event to give new substance to its to-date somewhat confusing electrification plans. Following an early and promising start in the EV sector with the unveil of the BMW i sub-brand in 2011, later incarnated in the i3 and i8 models, BMW had in fact fallen behind the competition and let years go by without meaningful model updates or a clear strategy. We now finally have an almost production-ready SUV prototype and a sedan concept indicating two new electric models coming to market over the next two to four years. The choice of segments should not surprise (mid-size SUV and sedan), given their popularity and BMW’s rivalry with Tesla, the impact of which was also confirmed in Tesla’s latest earnings call. And while up to twelve all-electric models are promised by 2025, this is all that should be expected in the near future. Will this be enough to compete with Tesla’s skyrocketing growth and German rivals’ electrification plans in an increasingly crowded EV space? 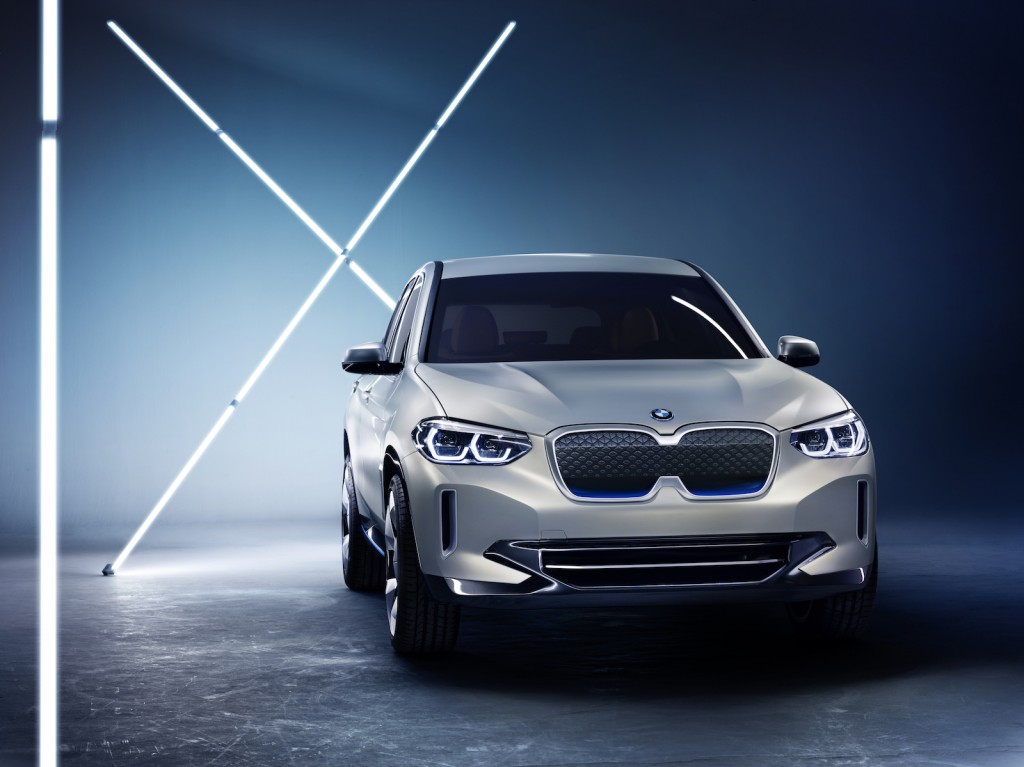 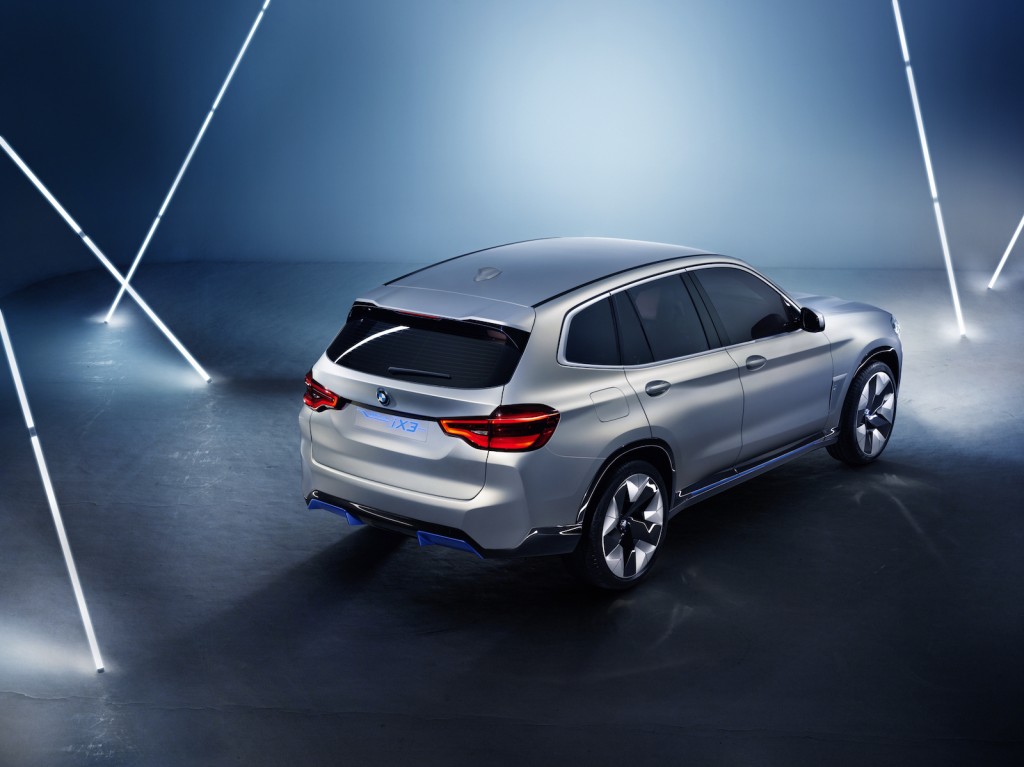 BMW’s new strategy is based on a rather different vision to what the i brand initially hinted, something many would define more realistic, others simply less ambitious. New, fully electric models will share platform with standard ICE models, in a move that is motivated by the need to save money and as a way of hedging bets against the uncertain demand for different powertrains in the coming years. BMW seems now ready to get more serious with electric cars, but at the same time is striving to reduce costs and risks.

This is very clear with the iX3. The electric SUV prototype shows only subtle aesthetic differences from the original combustion engine model and will be equipped with a 70 kWh battery, capable of around 400 km or 250 miles of range on the new WLTP cycle. While the claimed range sounds better than most current EV offerings on the market, it won’t be outstanding by the time the iX3 will come to market in two years’ time. The limited capacity is likely due to at least two factors: first, the use of an existing ICE platform – not built around an ad-hoc, long wheelbase EV design and thus unable to take advantage of a “skateboard” chassis layout that maximises battery space (as in Tesla cars); second, cells with relatively low density compared to the best on the market (again, Tesla’s). On the bright side, the future SUV will boast over 200 kW of power output and fast charging up to 150 kW via a CCS plug, the fastest available to date. This, together with the nascent ultra-fast charging networks around the world (read Ionity in Europe and Electrify America in the US) should enable long distance travel without pain and will easily be one of the top selling points of the vehicle. 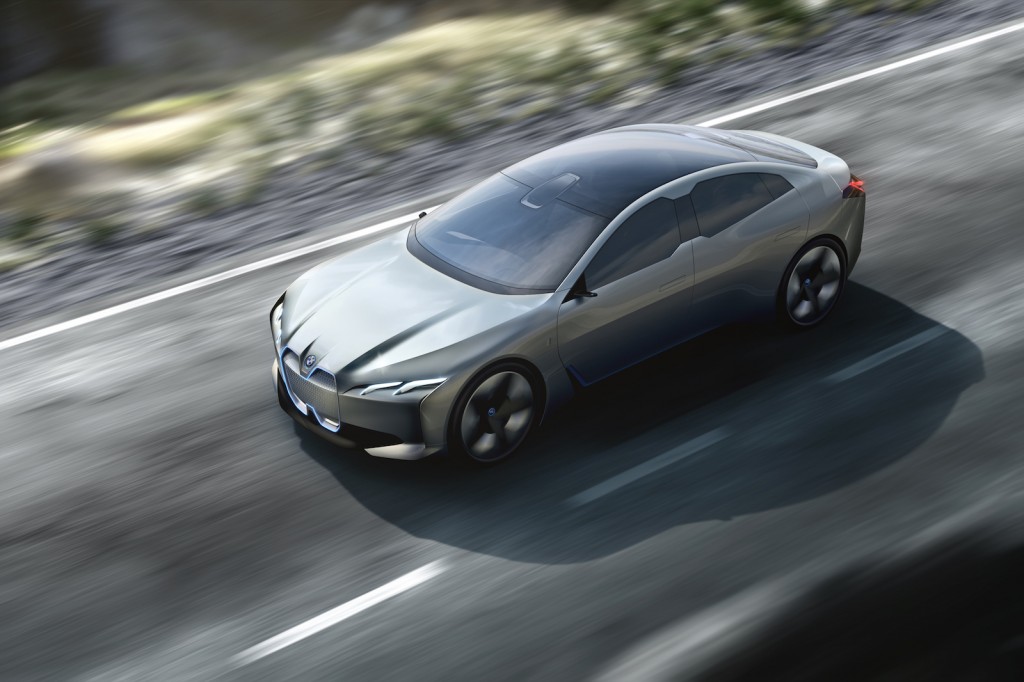 What about the i Vision Dynamics? Despite its stylized silhouette, undoubtedly bound to be tamed as it gets closer to production under the new BMW i4 name, one aspect already confirms the path taken by the German brand. The long bonnet confirms it will be based on the common platform of its future conventional ICE cars. BMW suggests uncompromising performance, with acceleration of 0 to 100 km/h (62 mph) in 4.0 seconds and a range of around 600 km (373 miles), seemingly only possible with a ~100 kWh battery and a super low drag coefficient. It’s not yet known on which technology BMW would achieve such remarkable range on a mid-size car, but since the i4 is not slated for production for another three to four years, one wouldn’t be surprised if BMW is waiting for solid state batteries to achieve this.

BWM’s new vision is finally taking shape, and it sure doesn’t look as audacious as its first steps just a few years ago, from both a technical and timeframe point of view. While sharing platforms is a path taken by others such as Kia-Hyundai or Volvo, most competition (Mercedes, VW, Audi, Porsche…) is taking a much bolder approach with standalone EV models. The choices made by BMW are likely to support their margins and industrial dynamics in the short term, however this could prove a double-edged sword in the long run. Will it be successful in a burgeoning EV market? Most competing legacy automakers will be out with hot new EVs within twelve to eighteen months, and Tesla will be churning out hundreds of thousands of Model 3s and Model Ys per year by the time BMW gets both iX3 and i4 to the showrooms. One thing is for sure: by then, BMW won’t have any time left to compromise.

7 Responses to BMW’s iX3 and electrification strategy: too little too late?